Trip To Thur Mountain Glenfarne Co. Leitrim to see the Autumn Equinox sunrise interact with ancient Megaliths.
Thursday Morning 22nd September 6.15
Leaving from the Rainbow Glenfarne at 6.15am Sharp going via Loughross bog to middle Thur. Time taken to walk up from parking position at Loughross is approximately 15 to 20 minutes.
Actual Sunrise is around 7.15AM .

What to bring
Warm clothes, Torches, Wellies/hiking boots, Camera. (Warm drink/snack optional).
What You will see (weather permitting)
Equinox monument first photographed in September 2014. Here the sun shines in through two large rocks and casts a “pencil” of light on a flag stone positioned behind. In addition another stone has been shaped so that a “V” of light is visible at sunrise. There are some other alignments that have never been photographed so hopefully the weather will be kind this year.

There are many other monuments and prehistoric megaliths on Middle Thur and you will get a brief tour of some of these.
There is no cost and everyone will be hiking at their own risk.
No need to book . Contact Frank White 087 2520346 for further info

Hurling, unveiling and dancing 1916 style in Glenfarne on September 10th 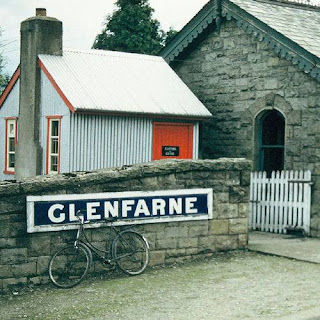 Local historian Francis White believes that the last time Sean Mac
Diarmada, the 1916 patriot, left from the Railway Station in Glenfarne was
October 1915.

The Station house is now Francis's beautifully restored home and he will
kindly open his doors to the public for a very unique event on Sept 10th.

At 7.00pm the flagstone on which Mac Diarmada stood for the last time as he
departed on the train will be unveiled. A beautiful inscription has been
added by a local artist in Mac Diarmada's memory.

Some of the very words spoken by the patriot will be narrated. Spectators
are invited to come dressed in period costume to recreate the atmosphere of
the era.

From the Station house the gathering will walk the short distance by
lamplight to The Rainbow Ballroom of Romance for a vintage tea party.

At 9.00pm the"Step back in time" dance begins where there will be a full
bar. Refreshments will be served after the dance. 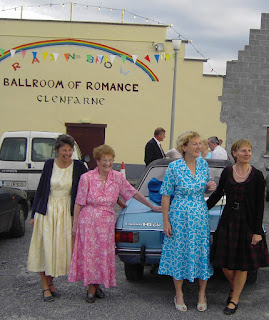 Where does the hurling come in you ask!

Hurling was Mac Diarmada's sport so, in his memory,earlier in the day, at
5.00pm Kiltyclogher/Glenfarne G.A.A. club will host the first ever under
twelve hurling match followed by a football match on the Glenfarne pitch.

After the games the young sports people will be led by a pipe band to
The Railway Station close by, for the unveiling ceremony.

On Saturday September 10th come join us in any or all of these unique
events;

The Hurling and Football at 5.00 pm
The Railway Station unveiling at 7.00pm
The Rainbow tea at 8.00
The Rainbow dance at 9.00pm 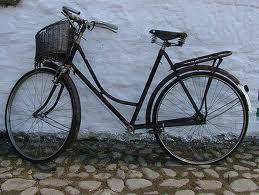 Come on your high nelly, your pony and trap,your vintage car or just come
as you are. All are welcome.
Let's create the magic of the time on a day that is shaping up to be a
very memorable one.

This is a 2016 commerative event jointly organised by Glenfarne
Development Committee and Kiltyclogher/Glenfarne G.A.A. club.
Posted by Nuala at 23:29 No comments:

Leitrim's Red Grouse Project is FACE's project of the Month


THE PROJECT OF THE MONTH: PROTECTING IRISH RED GROUSE ON BOLEYBRACK MOUNTAIN
4 Aug 2016


The latest national survey conducted in the Republic of Ireland suggested that Irish Red Grouse (Lagopus lagopus hibernicus) suffered a 70% decline in 40 years to a population of roughly 4,200 birds. While many projects were initiated in response to this, the Boleybrack Mountain Red Grouse Project stands out as a best case example. 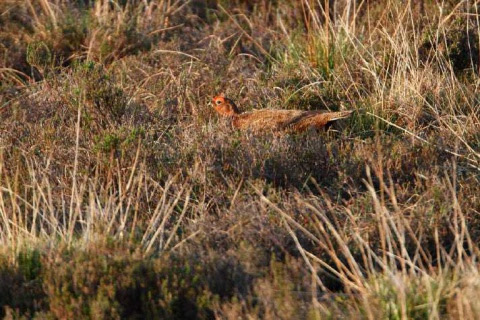 In doing so, Glenfarne Gun Club collaborated with other conservation organisations, the local farmers, state wildlife and farming agencies and the National Association of Regional Game Councils to begin a program of:
controlled heather burning in order to create the patchwork of heather preferred by grouse;
predator control;
grit provision to aid heather digestion by grouse;
public awareness, education and stakeholder consultation measures.

The Boleybrack Mountain Red Grouse Project is lauded as a huge success, not just because it increased the local red grouse population and the populations of other upland birds including breeding waders and raptors, but because its educational activities have supported a new generation of upland managers and farmers.

It has helped shape agri-environmental measures for the Irish uplands as well as conservation policy and action (i.e. it has provided a best-practice template for other red grouse projects to follow). 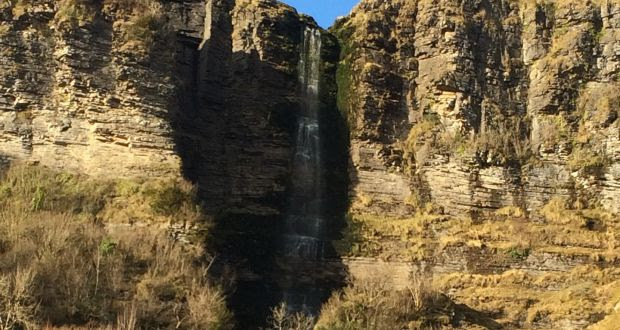 It’s a ‘spate’ river, so it’s best to visit after (or even during) a downpour on a wild Atlantic day of south-westerly gales; the waterfall then can appear to ‘smoke’


Poetry and good descriptive prose can wonderfully enrich one’s perception of the natural beauty of a place – making it much more than just a visual experience. Indeed, a good poet or writer can bring the magic of a real or imagined place to his/her reader, without her/him ever having to put on the boots and get all muddy and cold.


And nowhere on our beautiful island is that more true than in Sligo and Leitrim. Here
Yeats has impregnated a visually beautiful landscape with a spirit of magic, wonder and mystery.


Glencar is a case in point. It’s waterfall, “where the wandering water gushes from the hills above Glencar”, attracts visitors by the thousand; however, that beautiful verse of the poem The Stolen Child takes the reader/visitor high into the hills above the waterfall to meet mischievous fairies, tiny pools and stars, weeping ferns, trout and “unquiet” dreams; and, having carried the reader/visitor into this imaginative and magic space, Yeats (via the Fairies) seduces us (the “human child”) to come and stay.


And few of us can deny sometimes feeling that pull to escape into his “waters and the wild” – though perhaps not with a dodgy kidnapping fairy!


Glencar waterfall in Co Leitrim is more than worth a visit; but one’s imagination can be crowded out by coffee shops and neat lawns and paths and facilities. About a kilometre west, however, is another less well-known waterfall, called “the Devil’s Chimney” – despite the name more suited to quiet contemplation, though without the help of a caffeine injection.


Officially, it’s Ireland’s highest waterfall – in Irish, “Sruth in Agaidh an Aird” (the stream against the height). It is accessed via a new woodland path that climbs 120m up the talus slope above Glencar Lake. The walk is short but very rewarding. Its “feel” is of quiet deep woods and wide vistas, wild flowers, birdsong and glimpses of beautiful Glencar Lake.

It’s over private land, access being kindly granted by the landowner and has been put in place jointly by the counties of Sligo, Cavan, Leitrim and Fermanagh under the EU-funded Border Project. The roadside CP has an information panel which sets out clearly the geology, flora and fauna of the place while another warns you that this “is NOT Glencar Waterfall”.


I’ve been there in late spring and have loved it, despite the waterfall being in a quiet mood. It’s a “spate” river, so it’s best to visit after (or even during) a downpour on a wild Atlantic day of south-westerly gales; the waterfall then can appear to “smoke” – be blown back into the sky and recycled over and over again – and you’ll understand why perhaps it got its name!


There are seats to sit on and woods and space to shelter you, and give permission to the child in you, or with you, to be “stolen” for a while in this lovely place.